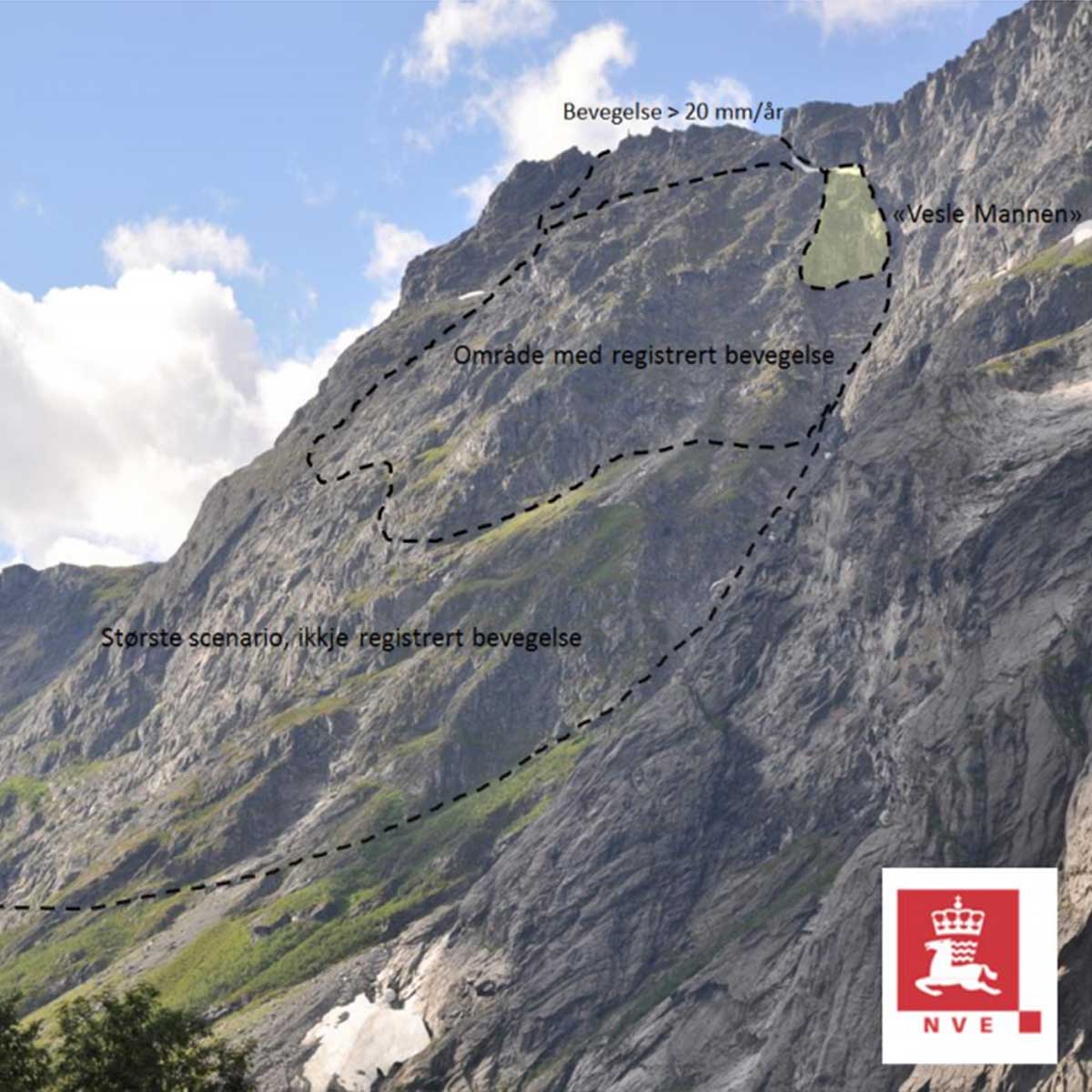 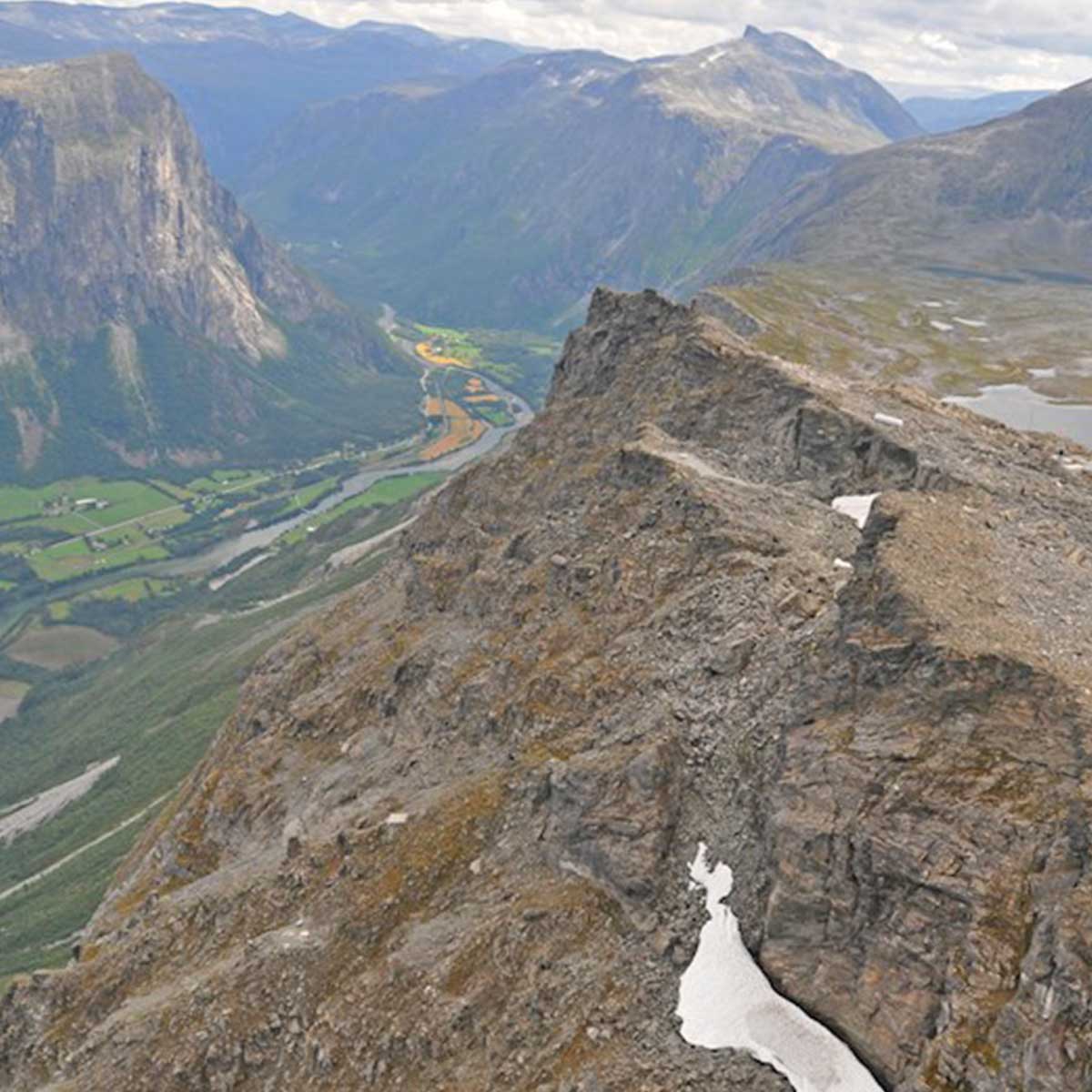 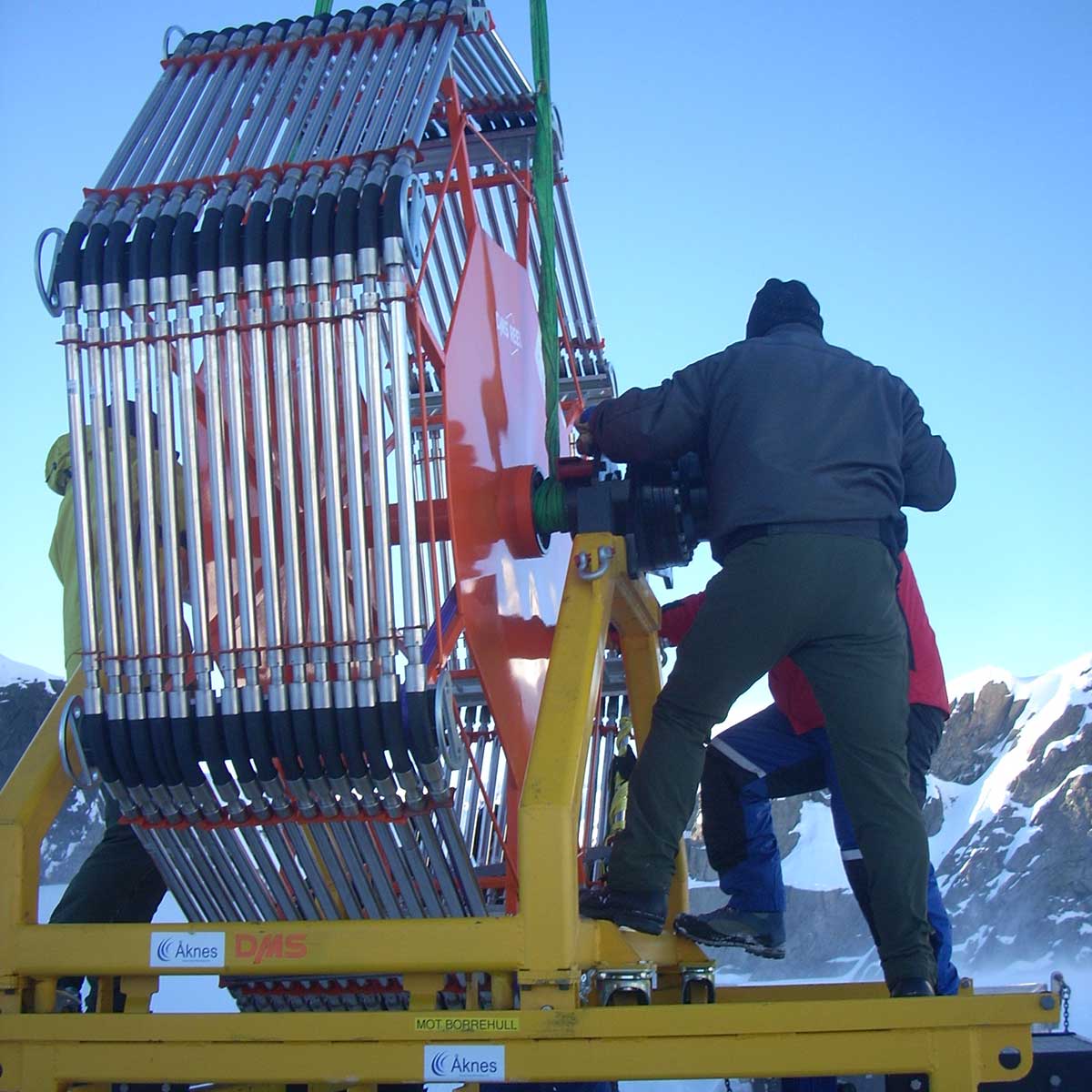 The Mannen rocklide, which is a part of the unstable 3 km Børa-Mannen mountain range, is considered to be one of the four largest high risk rockslides in Norway and has been the subject of a study of the Norwegian Geological Service (NGU) since 2004 by mapping and periodic GPS surveys.

A large portion of about 100 million m³ is bordered by deep cracks and a block of about 15-20 million m³ at the edge of the plateau is lowered by 15-20 m from the plateau. The upper part moves at a speed greater than 2 cm/year; in 2014 a more active area was also detected (Veslemannen) with annual movements exceeding one meter. The analysis of potential collapse scenarios showed a high risk for the involvement of the railway line and road E136, as well as for the possible formation of a rockslide lake with a consequent potential overflow wave.

The Mannen site is now therefore monitored continuously by NVE (Norwegian Water Resources and Energy Directorate). Geotechnical monitoring is carried out by DMS columns installed inside deep perforations made starting from 2009. Currently there are two DMS Rock columns with length of 120 m each, continuously instrumented with 486 sensors installed, positioned at different sides of the slope and connected in real time via GPRS.