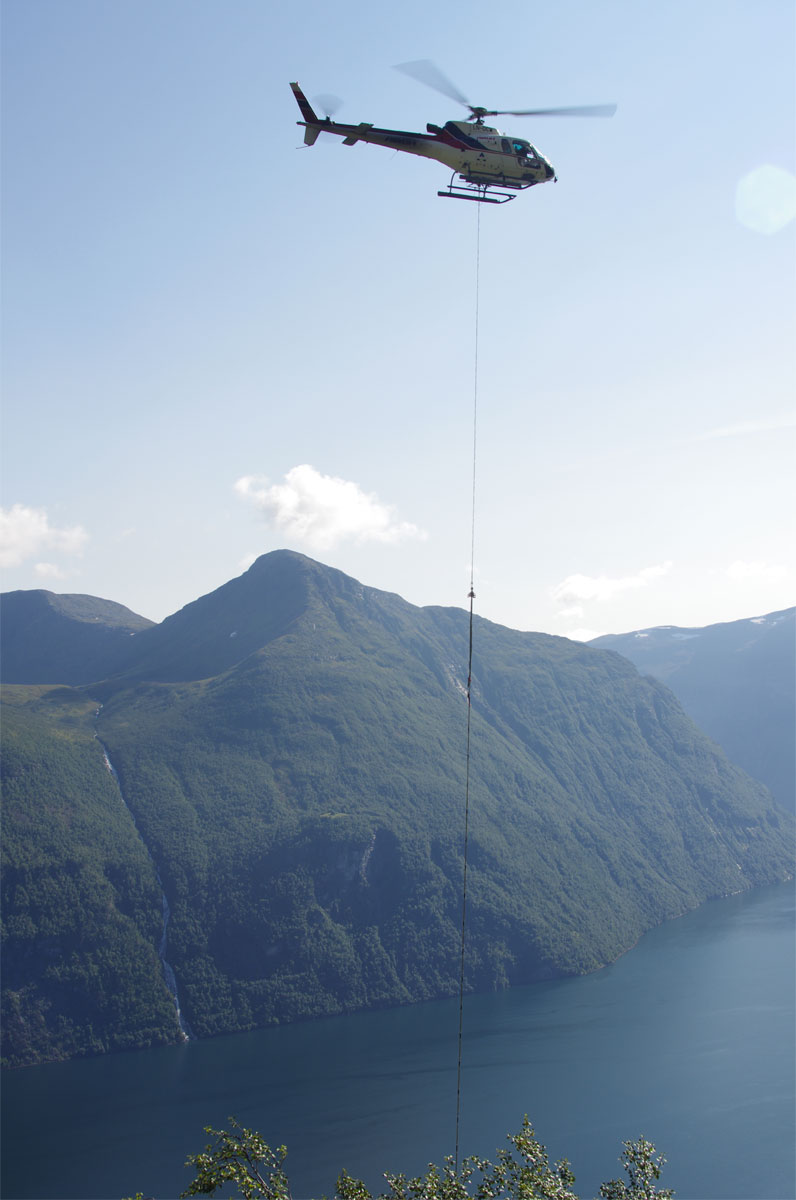 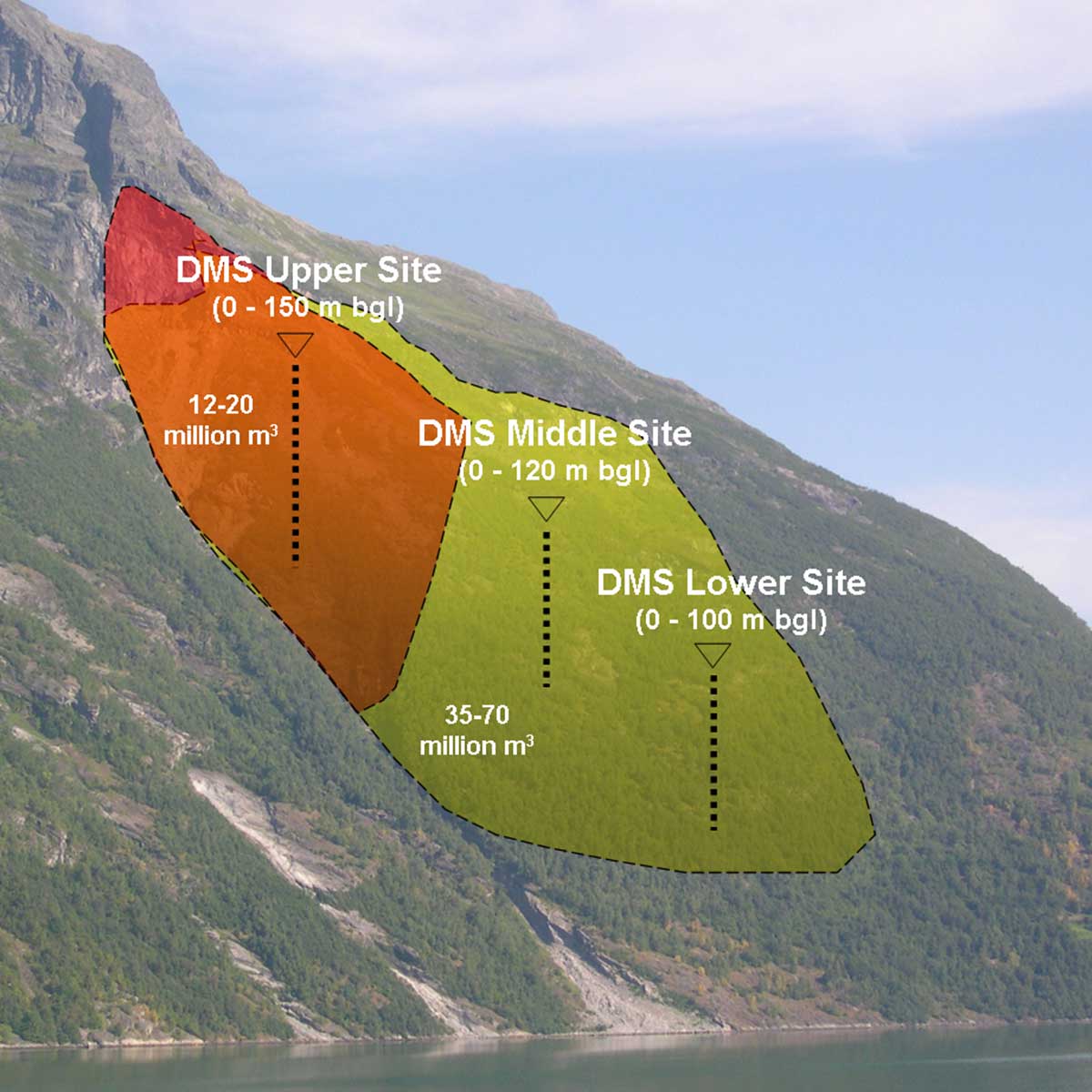 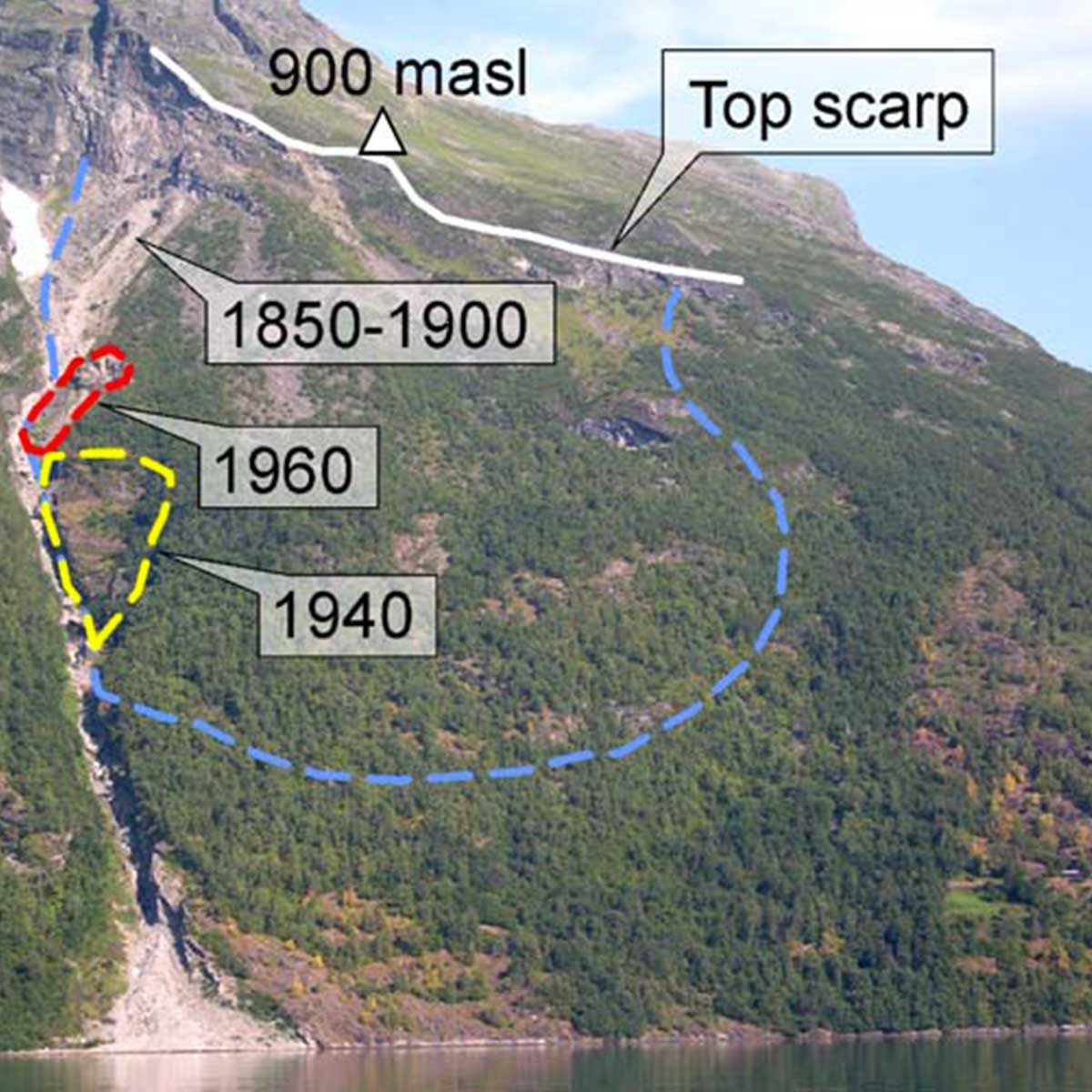 The Åknes rockslide, located along the west side of the Storfjorden fjord in western Norway, has an estimated volume of more than 90 million m³. The catastrophic collapse of the rock mass would trigger a devastating tsunami in the fjord that would affect many communities along the coast such as Hellesylt, of about 600 inhabitants, Geiranger, about 250, and Stranda, of over 4500 inhabitants. In addition, the fjord, UNESCO heritage, is an important tourist destination with over 160 tourist ships that in the summer months reach daily the town of Geiranger with thousands of tourists.

There are three historical rockslide events related to this site that occurred approximately between 1850 and 1900, in 1940 and 1960 (the estimated volume of this last event is around 100.000 m³); All these events can be located along the western flank of the rockslide body.

In order to mitigate the risk, in 2004 an Early Warning system was started, managed initially by the Åknes/Tafjord Early Warning Center and currently by NVE (Norwegian Water Resources and Energy Directorate). To date, the rockslide is among the most studied and monitored in the world.

Since 2006 the Åknes rockslide is also monitored by 3 DMS 2D Rock columns of variable length from 100 to 150 m positioned in the three sectors called upper, middle and lower site. Since August 2015, a fourth DMS 2D Rock column has been installed in the upper part of the rockslide, where the movement is more evident.